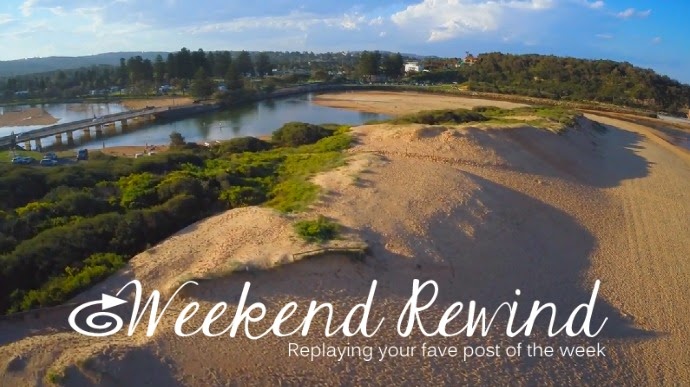 Well that was a week wasn't it?

I for one have been head down bum up in my office playing catch after the school holidays smacked me in the ass work wise.

I have attempted to return the house to some kind of reasonable order, washed a billion baskets of laundry and drunk a gazillion hot cups of coffee. I seriously question if there is anything more enjoyable than making a cuppa and actually getting to drink it whilst it's still hot.

It's the small things right?

So anyways, I wanted to share something with you guys as I am having a proud sister moment.

I have a brother - Sean, who is a few years older than me and he is someone I have great admiration for.... but don't tell nearly enough.

For the past twenty years he has worked as a camera man, travelling the world filming major worldwide events, including the funeral of Princess Diana - (he was one of the few chosen to be in the actual church at her funeral and film so the world could watch). He filmed the bombings in Bali and travelled in a convoy with the army to capture the action on the front line of war torn Afghanistan.

He is gutsy and determined and whilst I truly admire that about him, we were all very relieved when he stopped covering the wars and scary stuff and returned home to set up his own production company - Australian Network Productions.

The video below is some of his recent work, footage of the coastline where we live - the Northern Beaches of Sydney. He captured all this imagery using some fancy new toy he has - a drone camera.

For those of you who like me, had no idea what a drone camera is, it is basically a remote control flying saucer with a camera attached.

He will be totally rolling his eyes at me when he reads this as I am sure the drone is far more technical than my lame explanation. Whatever, it is fancy and this video is truly beautiful and reminded me of how damn lucky I am to live in such a gorgeous part of Australia.

Have a look for yourself, the footage really is spectacular and incredible to think he stood on the ground with a remote control, flying a camera through the air to capture this imagery.

So did you likey?

OK so please bear with me whilst I do one last thing -  a shameless plug for my brother, just in case you are reading and are in need of - Script Writing - Concept development - Shooting on any video format - Editing,  Studio or Location - Post Production - Web development - Media training - Corporate and training videos - Wedding Videos because YO he does it all!

He can develop, create and deliver everything from news sport and current affairs events, documentary and lifestyle shoots, short films, fashion, reality tv and online content.

Oh and did I mention what a proud sister I am?


What are you up to this weekend?
Recovered from the holidays yet? 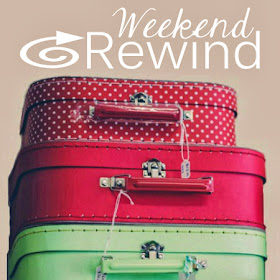 Link up your favourite post from the past week and then if you get a chance, pop around and say hello to some of the other lovely linkers. The Weekend Rewind blog hopping party starts every Friday night at 8pm and links will close on Sunday night at midnight. Link up here or over on Bron's blog (Maxabella), Sonia's blog (Sonia Styling) or Kelly's at A Life Less Frantic.
It does not matter where you link as your link will show up in all 4 places.

Organise Your Life - Part 2 The Sanity Folder
Backyard Inspiration
You Want To What?
Thanks For Yet Another Guilt Trip Facebook