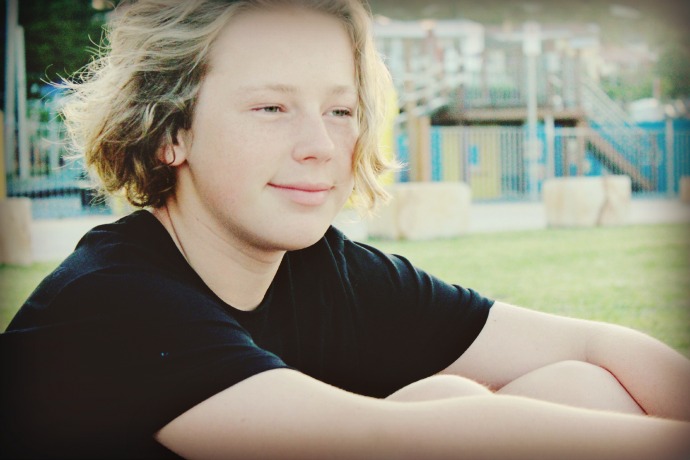 It seems like a strange thing to mourn something or someone who is still with us... but it happens and those feelings of grief are real.

Be it the end of a friendship, the loss of something you hold precious or simply change and all that comes with it, it is enough to kick start a good old dose of grief.

14 years ago my beautiful dad fell gravely ill and was put into an induced coma so that they could put him on life support and give his body a fighting chance to recover from the septicemia that was attacking his system.

It was nighttime and we were all gathered at my Mum and Dad's house when the call came through from the hospital and despite the exhaustion we felt from the shock at how quickly it all happened, none of us got much sleep that night.

We all laid awake reliving memories, thinking about what was happening and praying for miracles. I was lying in bed ringing my Dad's mobile phone over and over again just so I could listen to the sound of his voice on his message service.

I was so worried that he would slip away from us that night and I would never hear his voice again. I was fearful that I would forget what his voice sounded like and that thought was simply too much to bear and so I rang his phone again and again and again trying to immortalise the sound of his voice.

My dad survived that awful ordeal and fourteen years on I am so grateful that he is with us and I can still hear his voice.

I am however mourning the loss of another voice, a different one to may dad's, the voice that once belonged to my oldest son.

Oh gosh, he is still here with us... sorry I didn't mean to scare you. I just reread that sentence above and totally freaked myself out.

No, thankfully Kai is fighting fit and growing bigger and hungrier and hairier by the day, but I did get the shock of my life the other day when I rang him and of course being a teenager and all that, he didn't answer his phone and so his message service kicked in and a squeaky little voice informed me that he was not available and to leave him a message.

Well my heart practically burst a valve or three right there and then and my eyes welled over at the sound of his sweet little voice.

That voice is no longer with us.

It has been replaced instead by a deeper more mature voice and I realised that I need to come to terms with the fact that I will never hear that squeaky little voice again.

Unless I can convince him to never change his voicemail message (which is highly unlikely) I need to accept that that voice is now gone and allow myself to grieve for the little boy that no longer exists and instead focus on the gorgeous young man who has taken his place.

I had forgotten about that little voice... in fact I didn't even notice it had gone, which kind of makes it all the harder to swallow because I wish I had taken more care in preserving that sound via video or something or other.

Gah, this parenting thing doesn't get any easier does it?

There is always something waiting around the corner to steal our breath away and yank at our heart strings.

But I wouldn't give any of it up for anything in the world.

I am just so grateful for the privilege to feel all of these crazy emotions that come with being a mum.


Do you get what I am talking about? Am I making any sense at all?
Have you ever felt grief over someone who is still with you?

Honestly, Some Days Being A Mum Can Suck!
Dreamer Lover Doer
A Spring Picnic At The Beach