The Great Ass Escape - We Are at The Halfway Mark! 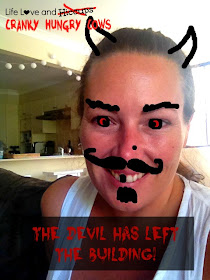 Brought to You by Sure Slim.

It's time for me to check in and give you an update on the Lose My Ass in 6 weeks campaign. Don't worry - no need to hide. The cranky cow that possesed my body in the first 2 weeks of this diet, has wandered on to greener pastures and to look for another victim to mutate.

I am at the end of week 3 and last time I checked (yesterday) I have lost nearly 4 kilos and crucial cms off my bum and my boobs. Yeah Baby.

I'd be lying if I said it has been easy. The first two weeks were bloody hard to be honest.

Between the cravings and the headaches which was obviously my body withdrawing from all the crap I had previously fed it and the tiredness I felt, there were moments where I was tempted to say stuff it, embrace my ass as it is and scoff down a bucket of KFC and three Pina Coladas.

But something changed this last week and I turned that fabulous corner that I have heard people talk about but had yet to experience myself.

The headaches are a thing of the past and on the contrary to before, I now feel more full of energy than I have in a long time.

The farting has eased but not gone, but hey I think I'm always gonna be a farter. Sorry too much info right?

My clothes are looser and that feels great. Seriously - the motivation you get when you slip on a pair of pants that were too tight a few weeks ago and now zip up with ease, is priceless and inspires you to keep going.

I have a pair of pants in my cupboard that I have owned since I was 21. THEY are my goal pants. I'm trying not to focus too much on a particular weight to aim for. Numbers are just numbers to me. My goal is to fit back into those pants.

I know this isn't going to happen by the end of this 6 week program, but the things is I am OK with that and even more than being OK with it, I have actually decided to keep going with this weight loss palooza after my 6 weeks is up. What is so funny about that statement is if you had dared to even hint to me that I might like to keep going on this diet less than a few weeks ago, I would probably have pulled your undies up and over your head in a massive wedgie and slapped you in the face repeatedly with a box of Cruskets.

Clearly my stomach has shrunk, at least on the inside and the smaller servings that previously left me eyeing off everyone elses plates after I had finished mine, now actually fill me up.

The trick is to cut my food up into tiny pieces and eat it very slowly.

I mean slower than a two year eating a steak kind of slow.

The other big thing I have noticed is my wrinkles on my face aren't as prominent. No bull - I totally swear it is true. I am pretty sure it has something to do with the 2 litres of water I have been drinking each day, but it really has made a huge difference. But again if you told me that 3 weeks ago I would have laughed at you.

So there you have it - the latest update in the lose my ass campaign. I have been a little quiet about it the past week as truthfully I was so over talking about it. Also I found sometime during week 2 that the more I did speak about it, the more it made me feel like I was doing something outside of the norm, when really I just wanted to fit this diet seamlessly into my life and not allow it to be the biggest thing going on in my life. Does that even make sense?

Now on a different note - stay tuned this week because I am going to be announcing a giveaway where one of you guys have the chance to win the 6 Week Rapid Weight Loss program with Sure Slim, so if you have an ass or a couple of spare tyres that you would like to lose - you'll want to enter this one.

So that's it from me today, and it's all happy days people - especially now that the Dieting Devil has officially left the building! 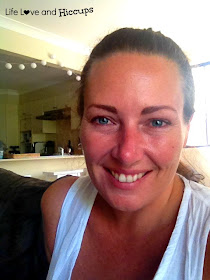