Full of Crap is a Legitimate Medical Condition 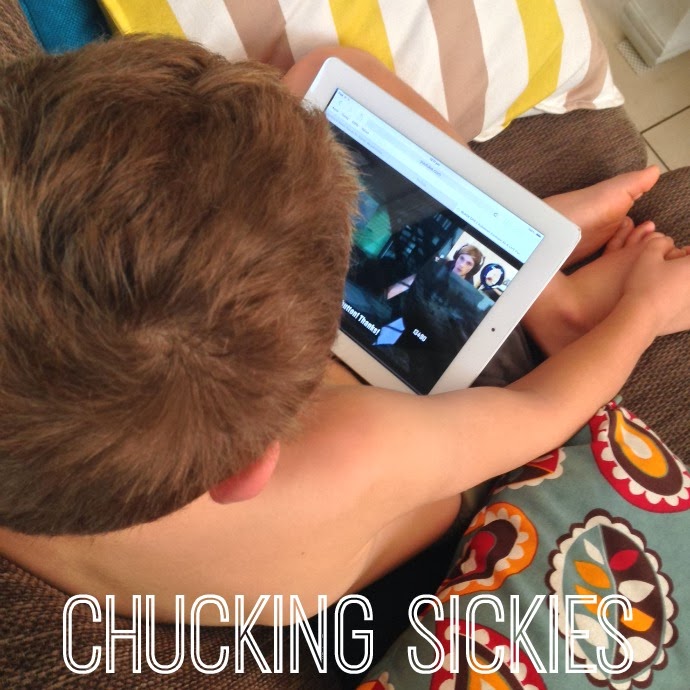 I had so much planned for today, including catching up on some work from yesterday, responding to all the blog comments I haven't done for over a week now (so so sorry) and stuffing turkeys with some mates at the Williams Sonoma Christmas party.

Instead I am sitting here wondering if I have had one pulled over me ... yet again.

I am such a sucker for sick kids. I used to be much tougher when it came to the old "I'm too sick for school" routine, but after a couple of occasions where I have insisted on sending them to school only to have to make a mad dash for a quick pick up after getting a phone call from the school saying one of my boys have puked everywhere, I'm now a little more relaxed ... kinda.

I have my ways of sussing them out, like telling them that if they are really sick then they will have to stay in bed ALL day and just sleep. No books or TV or anything entertaining in anyway, just rest. Oh and no solid foods, just water and soup.

That usually makes the fakies rethink the situation.

Last night was fun, and when I say fun I mean it in the banging your head repeatedly against a brick wall kind of way. One kid was down and out with what I can only assume was some sort of weird migraine thingy that was making him vomit and I was nursing a killer jaw after being worked over by the dentist.

The headachey kid sort of came good by about 11.30 last night so we took him off to bed only to find another one in his room screaming and writhing in agony.

When we were unable to settle him and becoming more than a bit concerned about where the pain was coming from in his lower tummy, the hubby scooted him off to hospital.

I could tell that any kid that was that distressed was not 'full of crap'..... although it turns out he was, 'full of crap' I mean. Well in a constipated kind of way anyway.

So today the one that was medically diagnosed as 'full of crap' has gone off school and the one who had the awful headache and nausea but had come good, woke up this morning claiming to be not so good anymore.

Far too tired from a sleepless night to argue, I cancelled all plans and kept him home from school. Only now he is miraculously feeling oh so much better and I am wondering if they gave the wrong kid the 'full of crap' diagnosis.

So how are you doing today?

Do you need a laugh?

Well here's one I prepared earlier. It's a video of me making a total arse of myself after my visit to the dentist yesterday. I truly wasn't joking when I told you my whole head was pretty much numb and my darling kids took great delight in laughing at me when I tried to sip on a coffee and had it literally run all over my chin and down the front of me.

I'd like to call them assholes... but that wouldn't be very nice would it?